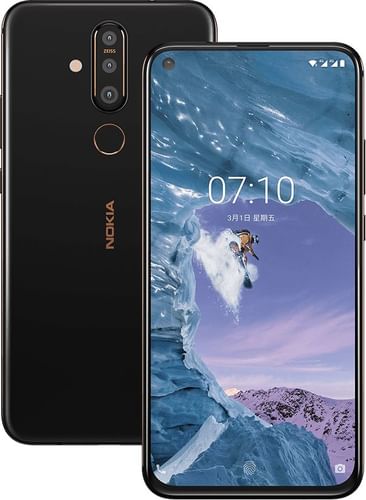 Nokia released its Nokia X71 on April, 2019. This phone will be coming soon in the market, its price is expected to be around Rs.25990. Keep checking us for the latest price updates of Nokia X71.

This model comes with Color IPS LCD screen (16M) with resolution of 1080 x 2316 pixels. The phone has a screen size of 6.39 in with capacitive touch screen. It has display density of ~400 PPI (Pixels per inch).

There is 2.2 GHz Octa Core Qualcomm Snapdragon 660 processor running in Nokia X71. If you want to play high-end games or run heavy applications, this phone will be suitable as it has 6 GB RAM. The phone comes with 128 GB Internal Memory which should be enough to store your long playlists or favorite games.

Q. Which processor powers Nokia X71?
A. The processor in Nokia X71 is Qualcomm Snapdragon 660.

Q. Which operating system this phone comes with?
A. It comes with Android v9.0(Pie).

Q. Does this mobile support VoLTE?
A. Yes, This model supports VoLTE.