✓ The highlight of this phone is 2.8 GHz CPU Speed which is great in this price range. You can buy this product at Amazon for Rs. 29999.

The LG G8s ThinQ from LG was launched on September 28, 2019. This model is currently unavailable in the market but might be availaible in the near future, you can visit the stores below for that. 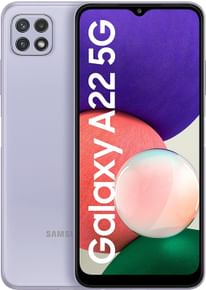 It comes with Color OLED screen (16M) with resolution of 1080 x 2248 pixels. The phone has a screen size of 6.2 in with capacitive touch screen. It has display density of ~401 PPI (Pixels per inch). This LG phone also has HDR10, Dolby Vision, Always-on display.

There is 13 MP + 12 MP + 12 MP Triple Rear Camera in LG G8s ThinQ with LED Flash and AutoFocus. There is 8 MP Dual Front Camera but without Flash. The camera also supports HDR, panorama.

There is 2.8 GHz Octa Core Qualcomm 855 processor running in LG G8s ThinQ. There is 6 GB RAM in the device which will be suitable to play high end games or run heavy applications. The phone comes with 128 GB Internal Memory which should be enough to store your long playlists or large collection of games.

Q. What is usb type of this phone?
A. It features USB-C.

Q. What is the battery size of this mobile?
A. This phone has 3550 mAh Li-Po Battery.

Q. Does this model support VoLTE?
A. Yes, This mobile supports VoLTE.

Q. Which processor powers LG G8s ThinQ?
A. This Phone is powered by Qualcomm 855 processor.

Samsung Galaxy A71
vs

Samsung Galaxy A22 5G
vs