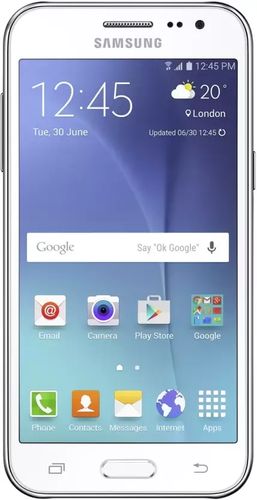 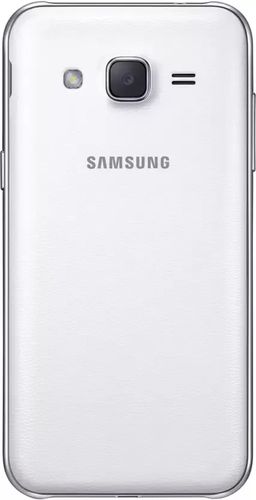 Samsung released its Samsung Galaxy J2 on September, 2015. This phone is currently available in stores like Amazon and Flipkart to purchase, with best price of Rs.6299. You can visit the stores below to purchase the phone. 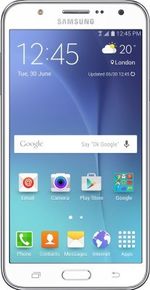 This mobile comes with Android 5.1.1. This mobile has 2000 mAh Removable Li-ion Battery. This phone has Dual Sim (Micro SIM) and there are dedicated slots for each SIM. This mobile measures 136 x 69 x 8.3 mm (height x width x thickness).

Samsung Galaxy J2 comes with Color Super AMOLED screen (16M colors) with resolution of 540 x 960 pixels. The phone has a screen size of 4.7 in with capacitive touch screen. It has display density of ~234 PPI (Pixels per inch).

There is 5 MP Rear Camera in Samsung Galaxy J2 with LED Flash and AutoFocus. There is 2 MP Front Camera but without Flash. The camera also supports Face detection, Geo tagging, Touch to focus.

There is 1.3 GHz Quad Core Samsung 3475 processor running in Samsung Galaxy J2. There is 1 GB RAM in the device which will be not suitable to play high end games or run heavy applications. The phone comes with 8 GB Internal Memory which might not be enough: to store your long playlists or favorite games.

Q. Does this model has Front Flash?
A. No, This phone doesn't have Front Flash.

Q. What is the battery size of Samsung Galaxy J2?
A. This model comes with 2000 mAh Li-ion Battery.

Q. What is price of Samsung Galaxy J2?
A. Currently, This phone has best price of Rs.6299.

Q. Which operating system this model comes with?
A. Samsung Galaxy J2 has Android 5.1.1.